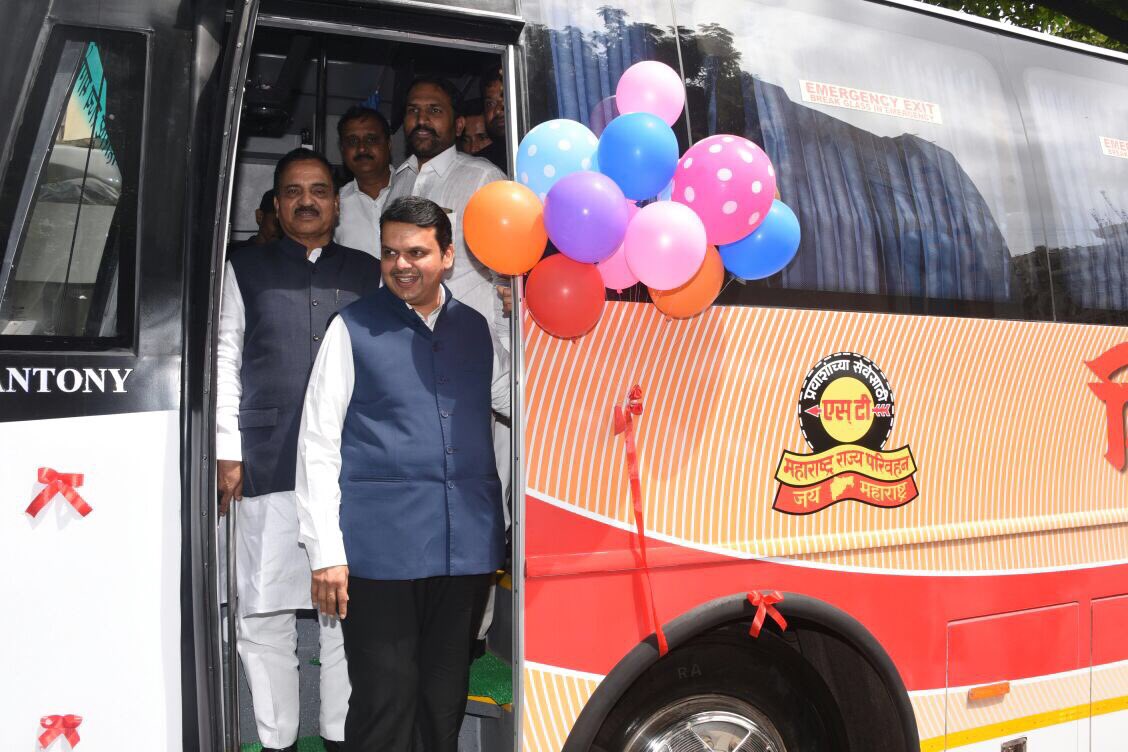 On May 5 th MSRTC Shivshahi bus will be launched in Nashik Mumbai route by making three trips in each direction on daily basis. MSRTC also announced shivshahi bus booking online. MSRTC will study first its performance for three months to make sure its services and response then after other shivshahi buses will be deployed for other regions of Maharashtra.

Shivshahi buses constructed on Ashok Leyland chassis, these aren’t multi-axle but in point of interiors and comfortable seats.

“Considering the huge operating costs of MSRTC – owned vehicles, we have decided to hire buses from private operators. We will ensure that the company supplying the buses and manpower will be of optimum quality,”Shivneri buses failed on this route but good response on Pune route. Nashik to Mumbai passengers opted train or cab. Shivshahi bus will target all these passengers who wants semi-luxury traveling with comfortable seats at minimal traveling charges (bus ticket).

About MSRTC
MSRTC or Maharashtra State Road Transport Corporation is the public bus transport service of Maharashtra. MSRTC Bus service connects more than 70 lakh passengers, who travel every day through 16000 buses and 17000 routes.